'And We certainly sent Musa with Our signs, [saying], "Bring out your people from layers of darkness into the light and remind them of the days of Allah". Indeed in that are surely signs for everyone who is patient and grateful'. [Qur'an, 14:5]

Tuesday 31st May 2022 will most likely mark the first day of Dhul-Qa'dah, one of the divinely ordained sacred months. In this article, we'll discuss why Dhul-Qa'dah is special in Islam, its historical significance, its characteristics and benefits, tips for maximising your rewards, and why it's important to keep track of the Islamic year. Happy reading!

Why is Dhul-Qa'dah special in Islam?

'Indeed, the number of months with Allah is twelve [lunar] months in the register of Allah [from] the day He created the heavens and the earth; of these, four are sacred. That is the correct religion, so do not wrong yourselves during them…’ [Qur’an, 9:36]

The four sacred months of Islam are Muharram, Rajab, Dhul-Qa'dah and Dhul-Hijjah. Regarding this verse, Qatadah (rh) said:

Thus, Dhul-Qa'dah is an elite month simply because Allah (swt) has chosen it to be so. As He says in the Qur'an, 'And your Lord creates what He wills and chooses; not for them was the choice. Exalted is Allah and high above what they associate with Him'. [Qur'an, 28:68]

It is important to respect the month which Allah has chosen to be sacred, for reasons He knows best. Allah commands us not to ‘wrong ourselves’ during Dhul-Qa'dah, which means we should be extra-careful about fulfilling our obligations and not falling into sin.

Why was Dhul-Qa'dah special historically?

Since fighting is forbidden in sacred months, historically, pilgrims could travel to Hajj safely during Dhul-Qa'dah without worrying about banditry or war. The words 'Dhul-Qa'dah' literally mean '[the month which is] the possessor of sitting' - a month in which you are supposed to stay sitting in place instead of going out to fight.

Fighting is also forbidden in Dhul-Hijjah, when pilgrims perform Hajj, and Muharram, when they travel home from Hajj. This standard was upheld by the Arabs in pre-Islamic times, and Allah confirms it in the Qur’an.

Rajab, meanwhile, is the seventh month of the Hijri calendar and is also a sacred month. Historically, this was so people could perform ’Umrah in Rajab if they wanted to.

What are the characteristics of the sacred months?

The three main characteristics of the sacred months are:

Ibn Abbas (ra) said, 'In all (twelve) months, Allah then chose four out of these months and made them sacred, emphasising their sanctity, making sinning in them greater, in addition to multiplying the rewards of righteous deeds during them'. [Tafseer Ibn Katheer]

Qatadah (rh) said, 'Injustice during the sacred months is worse and graver than injustice in other months. Verily, injustice is always wrong, but Allah makes things graver than others as He wills'. [Tafseer Ibn Katheer]

The sacred months thus give us the opportunity to gain more reward every day; but there is also the danger of gaining more sins with our bad deeds. This means we should be extra-vigilant in increasing our good deeds and seeking forgiveness.

What are some tips for increasing your good deeds in Dhul-Qa'dah?

Since your good deeds carry more weight in Dhul-Qa'dah, it's a good idea to make a list of things you'd like to achieve in Dhul-Qa'dah. Here are five tips to get you started:

1) Don't harm others. Dhul-Qa'dah is a sacred month in which we are encouraged to be at peace with each other. Let Dhul-Qa'dah be a month of healing your relationships, whether at home, work or social media. Try not to be irritable, short-tempered or resentful. Be someone who stays in a place of peace rather than participating in negativity, even if it's just by saying salam to people.

2) Take care of your health. On the flip side, don't harm yourself either! Your body is an amanah (trust) from Allah so it is important to improve your diet, exercise regularly and take time to de-stress. Practice self-care this Dhul-Qa'dah with the intention of earning reward!

3) Pray the Ishraq prayer (a voluntary two rak'ah) after sunrise. The Prophet (saw) said, 'Whoever prays Fajr in congregation, then sits remembering Allah until the sun has risen, then he prays two rak’ah, then for him is the reward like that of a Hajj and Umrah' [Tirmidhi]. This reward feels especially meaningful since we can't perform Hajj this year.

4) Read more Qur'an. The Messenger of Allah (saw) said, 'Whoever recites a letter from the Book of Allah, he will receive one good deed as ten good deeds like it. I do not say that Alif Lam Mim is one letter, but rather Alif is a letter, Lam is a letter, and Mim is a letter'. [Tirmidhi]

5) Observe Sunnah fasts. Fasting increases your taqwa (consciousness of Allah), which is even more important in the sacred months. It is Sunnah to fast on Mondays and Thursdays, and also on the three middle days of the lunar months. (The middle days of Dhul-Qa'dah fall on 12th, 13th and 14th June 2022).

What are some tips for seeking forgiveness in Dhul-Qa'dah?

Since sins are heavier in Dhul-Qa'dah, you should seek forgiveness as often as possible during this month. Here are four tips to get you started:

1) Make du'a that Allah forgives you. The Prophet (saw) said, 'Blessed is he who finds many prayers for forgiveness in his record'. [Ibn Majah]

3) Give charity as often as you can. It's a good idea to set up a regular payment to the needy. The Prophet (saw) said, 'Charity extinguishes sinful deeds just as water extinguishes fire'. [Ibn Majah]

4) Recite Surah Mulk every day. The Prophet (saw) said, ’There is a chapter in the Quran of thirty verses, which will intercede for its companion until he is forgiven: Blessed is He in whose Hand is the dominion (i.e. Surah Mulk)’. [Abu Dawud]

Why is it important to keep track of the Islamic year?

How we spend our time has an impact on our mental health, our goals and our productivity, and ultimately helps us lead more successful and meaningful lives.

Dividing our months according to the way Allah has chosen can only bring barakah and benefits. Allah has created for us a year divided into lunar months, many of which have special virtues and offer a unique way for us to draw closer to Allah and spend our time usefully:

We tend to pour all of our spiritual energy into Ramadan, but Allah has filled the year with blessed months! The Messenger of Allah (saw) said, 'Surely your Lord has Nafahaat (winds of mercy) in the days of your time, so expose yourself to them. For perhaps you will attain a breeze from them and thereafter you will never be unhappy'. [Tabarani]

Now is the time to evaluate what we've achieved since Ramadan and set some more goals to draw closer to Allah. Are there any bad habits we've fallen into, any areas in our lives which are lacking or any goals we're not achieving? Dhul-Qa'dah is the perfect time to set some positive resolutions and seek forgiveness for our mistakes.

From everyone at Muslim Hands, we’d like to wish you a blessed month full of good deeds, forgiveness and closeness to Allah, amin. 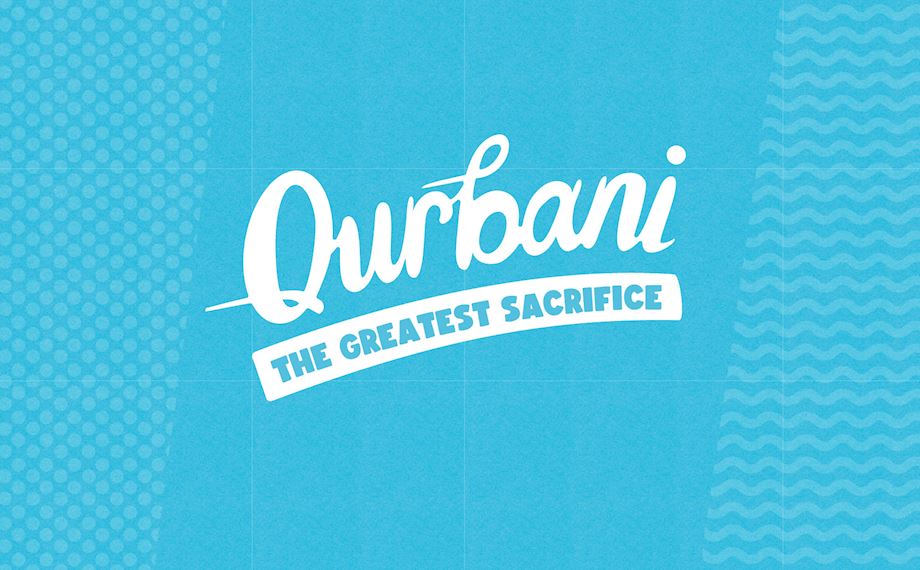 Next Article Visiting Yemen Today: ‘I always leave feeling I could do more’.