Last Dhul Hijjah, on the blessed day of Arafah, you donated towards a state-of-the-art solar panel system for the Al-Kawther water well in the Al-Moghraka district in Gaza.

Gaza is one of the most densely populated places in the world, with almost 2 million people living in a confined area of around 365 square metres. The high population density, widespread poverty and frequent electrical shortages have put huge pressure on natural resources such as water, disrupting all aspects of daily life.

Alhamdulillah, the Al-Kawther solar well is now providing clean water to 15,000 people, even during electrical shortages. Hanan and her 12 children are one of the families who have benefitted from this amazing Sadaqah Jariyah project.

Before the solar panels were installed, Hanan was one of thousands of women whose living conditions had been made worse by lack of access to water.

'The water was piped for just three or four hours every four days', Hanan said. 'This is because of the electricity crisis Gaza has been living with for a decade'. In those few hours, Hanan  would have to collect enough water for drinking, cooking, washing and more, to sustain her 12 children until the next time they could access water.

'It is impossible to live without water', she said - but her family was being forced to do just that. The pressure on Hanan intensified during the summer, when temperatures frequently reach over 30 degrees.

However, thanks to your generosity, Hanan can now use as much water as she needs daily without worrying that it will run out. The community's thirst is being quenched in the heat of summer and their living conditions have vastly improved. Around 10,000 children are using the well daily, ma sha' Allah!

'We are eternally grateful to you for extending a healing hand of mercy and solving the water crisis that we had suffered from for years', Hanan said.

The solar panel installation will ensure a continuous supply of water for the Al-Kawther reservoir as well as the area's water network, which includes the districts of Al-Moghraka, Al-Nussirat and Al-Zahra. Jazakallah khair for providing this life-changing facility to vulnerable families living in the Gaza Strip. 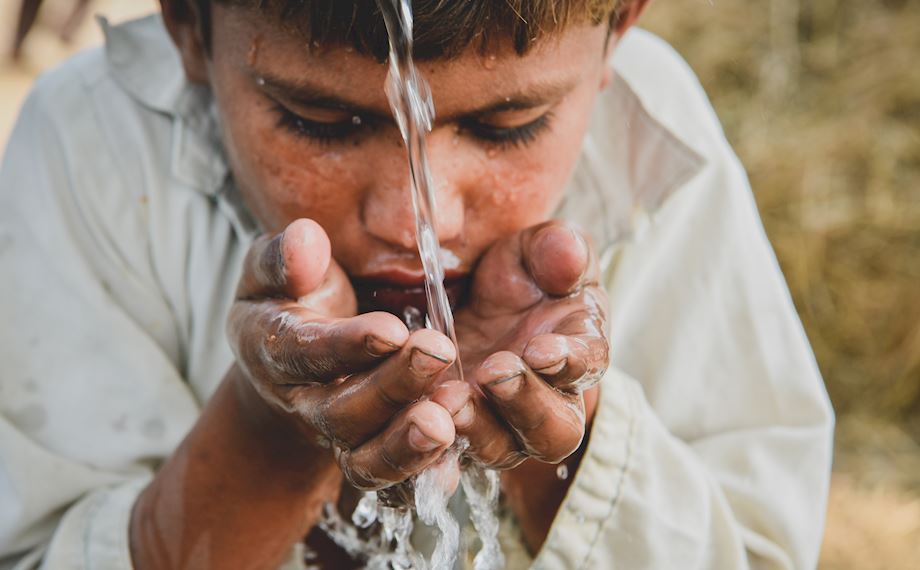