The ugly sight of racism has once again shown its head, resulting in continued injustice towards black communities in America and other western nations. The fight against oppression and denial of basic human rights to people of African descent has been an ongoing struggle for centuries, and today it is hard to see when it will end. Yet Islam addressed this issue over 1,400 years ago, categorically forbidding every form of racism, nationalism and tribalism.

Islam began as a way of life seeking to remove all forms of oppression - however and whenever it manifests. By removing the highest pillar of oppression, that of the worship of idols, false gods and the ego, and only condoning the worship of the one true God, Islam removed all avenues for superiority based on race, gender and other superficial factors.

Here is a brief look into what Islam has to say about racism, as well as a look at just a few of the prominent black people in our tradition:

1. The first recorded act of racism was between Shaytan and the Prophet Adam (as), when ‘Allah said, ‘What prevented you from bowing down as I commanded you?’ and he [Shaytan] said, ‘I am better than him: You created me from fire and him from clay’ (The Noble Qur’an 7:12). Shaytan believed that due to his being made from fire, he was intrinsically better than Adam. Because of this, our scholars say that every act of racism is satanic in origin.

There is a huge irony in that the father of mankind, the Prophet Adam’s (as) name is linked to his complexion, which is derived from the Arabic word ‘Aadam’, which means ‘top soil black and dark-complexioned’ as was his wife Hawwa’, Eve (as).

2. The rejection of racism and the appreciation of the variety of Allah’s creation is a sentiment often repeated in the Qur’an:

Allah also says, ‘O mankind! Lo! We have created you male and female, and have made you nations and tribes that you may know one another. Lo! the noblest of you, in the sight of Allah, is the best in conduct. Lo! Allah is Knower, Aware.’ (The Noble Qur’an, 49:13). ‘That you may know one another’ here refers to marriage, referring to the sacred bond and unifying factor that it brings.

3. During the Prophet’s (saw) last sermon distinctions based upon a person’s colour were cast aside, rather our united heritage in being from the Prophet Adam (as) was emphasised:

4. Social justice is a key theme throughout the teachings of the Qur’an and the Prophet (saw). Using the imagery of the Meezan, the balance of justice and right and wrong, Allah says, ‘It is Allah Who has sent down the Book in Truth, and the Meezan (the balance)’ (The Noble Qur’an, 42:17). It is by giving each soul its due rights and protecting each one from harm can we become a balanced nation.

Those who are oppressed have been given the full right to speak up against their oppression. Allah says, ‘Allah loves not the utterance of harsh speech except by one who has been wronged. Allah is ever Hearer, Knower’ (The Noble Qur’an, 4:148). In accordance with this, the Prophet (saw) said, ‘Whoever witnesses something evil, let him change it with his hand, and if he is unable then with his tongue, and if he is unable then with his heart, but that is the weakest form of faith’. (Muslim)

Following an incident of injustice in Makkah prior to Islam, the Prophet (saw) pledged himself with a group of prominent Arabs committed to fighting social injustice and oppression, known as the Hilf al-Fudul, the Alliance of Virtues. In his later years he said about this pact, ‘I was present in the house of ‘Abd Allah ibn Jud‘an at so excellent a pact that I would not exchange my part in it for a herd of red camels; and If now, in Islam, I was invited to it, I would gladly respond’ (Sirah of Ibn Hisham).

5. During the first years of Islam, the small group of believers were frequently abused and ridiculed for their faith. The Prophet (saw), upon seeing the abuse taking place, sent his followers, many of whom who were from the weak and downtrodden of Makkah, to seek sanctuary in Habashah, modern day Ethiopia, in what was the first Hijrah of the Muslims. These 15 refugees included the Prophet’s (saw) own daughter Ruqayyah (ra). A second wave of nearly 100 believers followed them a year later. They were welcomed and protected by the Ethiopian King in the city of Aksum.

6. The story of the Prophet Musa (as) is the most frequently told in the Qur’an. His fight for the freedom of his people against the oppressive Pharaoh is in itself a perfect illustration of the situation we find ourselves in today. What makes it more poignant is that the Prophet Musa (as) himself was a dark-skinned man. The Qur’an and hadith clearly indicate his complexion:

‘Then he drew out his hand and behold!- it was white for the onlookers to see’. (Surah Ash-Shura 33). In their tafsir of this ayah, Imams Tabari, Qurtubi, Baydawi and others all say that this could only be considered a miracle as Musa (as) was dark-skinned. This is confirmed in the following Hadith where the Prophet (saw) describes what Musa (as) looked like when he met him on his miraculous Night Journey, ‘I passed by Musa bin Imran (as), a dark brown man in complexion, tall, well-built as if he was one of the men of the Shanu'a [tribe]’ (Muslim).

7. Surah Luqman (chapter 31) is based on the advice that Luqman gives to his son. Luqman, who is referred to as Luqman the Wise, was said to be from Sudan or Ethiopia. The Qur’an says ‘And indeed We gave Luqman wisdom’ (The Noble Qur’an, 31:12). Wisdom here means deep understanding of religion. Although the majority of scholars do not consider him to be a prophet, some early scholars and companions did indeed believe so.

8. The prominent Ethiopian companion Bilal ibn Rabah (ra) is often cited as a clear example of the rejection of racism in Islam because he was the first Mu’adhin (caller to prayer), an honourable position specifically given to him by the Prophet (saw). What many don’t know is that Bilal (ra) was also given the position of the head of the Bayt al-Maal - the public treasury of the Muslims.

9. After the death of the Prophet’s (saw) blessed mother Aminah, he was cared for by Barakah, Umm Ayman (ra), a black woman from Ethiopia. He was so fond of her, he called her ‘his mother after his mother’. After becoming one of the first followers of the Prophet (saw), she married his sponsored child Zaid ibn Haritha (ra), himself a dark-skinned man. They gave birth to Usama (ra), who rode on the same camel as the Prophet (saw) during the opening of Makkah, being much loved and cherished by the Prophet (saw).

Barakah, Umm Ayman (ra) also fought in the battle of Uhud, where she was injured by an arrow after some of the men retreated. She continued to serve the Prophet (saw) until his passing.

10. Around 600 years ago, a genre of scholarly writing by notable Muslim figures developed to combat racism. Books on anti-racism by scholars such as Ibn Jawzi's ‘Tanweer al-Ghabash fi fadl as-Sudani wa al-Habash’ - ‘Illuminating the Darkness Concerning the Virtues of Blacks and Abysinnians’ and Imam as-Sayuti’s ‘Raf sha’n al-Hubshan’ - ‘Raising the Status of Abysinnians’, played a part in educating Muslims who still had not let go of ignorant racist tendencies and attitudes.

Ultimately, on the Day of Judgement our skin tone and gender are insignificant as the Messenger of Allah (saw) said, ‘Verily Allah does not look to your outward forms and your wealth but He looks at your hearts and your deeds’. (Muslim) 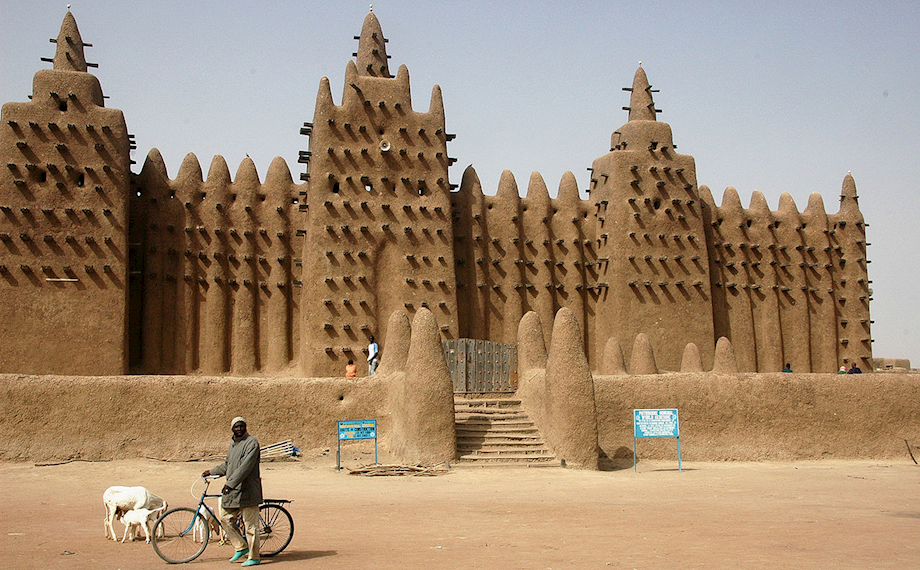 Previous Article Six Tips to Make the Most of Shawwal

Next Article Press Release: Water for One Million