To understand the roots of the current crisis, it's essential to go back to 1947, when the conflict over Kashmir first began. 1947 is the year in which India was partitioned.

From the 17th to the 20th century, Britain ruled most of the Indian subcontinent, with the British government beginning its direct rule in 1858.

However, as with many other British colonies, the government faced pressure in the 20th century to end its rule over India. There was a strong demand for independence within India, and the British empire around the world was weakening. Britain no longer had the resources to control India, which had once been its greatest imperial asset.

As they were making this decision, within India, there was a growing Muslim separatist movement. Though there were millions of Muslims in India, they were still proportionately a minority, and many desired a separate nation. In the 1940s, this movement was represented by Mohammad Ali Jinnah, a politician and the leader of India's Muslim League.

There has been much controversy over the way in which India was divided up and where the borders were placed. Many historians today are re-examining the British colonial past and the extent to which their policies were damaging to the people they ruled.

There has also been much debate over the reasons for the sudden and shocking escalation of violence along religious lines. Historians also question whether or not Partition could have been prevented by the Indian or British government at the time, and whether or not India's leaders ever really wanted to divide India up.

In the summer of 1947, however, Britain finally decided that Partition was inevitable and began to plan the process of dividing India up. The plan for Partition was hasty, with the borders of the new nations being drawn up in around six weeks.

On August 14, 1947, the independent, Muslim-majority nation of Pakistan was formed. The Hindu-majority independent nation of India followed the next day.

Partition itself was a violent and traumatic experience. Witnesses at the time compared the horrific crimes they saw to the death camps of the Holocaust. By 1948, more than 15 million people had been uprooted, and between one and two million were dead.

1947: The Dispute over Kashmir

So how does the Partition of India, over 70 years ago, lead to a crisis in Kashmir today?

Under the terms of Partition, more than 550 princely states within colonial India that were not directly governed by Britain could decide to join either new nation or remain independent.

One of these princely states was Jammu and Kashmir, which had a majority Muslim population, but was governed by a Hindu prince called Hari Singh. Unlike most of the princely states, which aligned themselves with India or Pakistan, Singh wanted independence for Kashmir.

At this time, Singh signed an agreement with Pakistan that allowed citizens of Kashmir to continue trade and travel with the new country. India did not sign a similar standstill agreement with the princely state.

As the violent process of Partition continued, the government of Pakistan tried to pressure Kashmir into joining Pakistan, since Kashmir was a Muslim-majority state. With the help of Pashtun tribesmen, Pakistan took over much of western Kashmir, and Singh asked for India's help in expelling them from Kashmir. However, India's military assistance was conditional on Kashmir becoming a part of India.

Singh signed the Instrument of Accession, the document that aligned Kashmir with the Dominion of India, in October 1947. Kashmir was later given special status within the Indian constitution - a status which guaranteed that Kashmir would have independence over everything but communications, foreign affairs, and defence.

After 1947: Continued Disputes Over Kashmir

Separatists within the State of Jammu and Kashmir still call for either political independence or a complete merger with Pakistan, since a UN resolution in 1948 promised a plebiscite in Kashmir.

However, India rejects third-party mediation on the Kashmir question, citing the 1972 Simla Agreement, in which Pakistan and India agreed to resolve the dispute mutually.

There have been two wars fought between Pakistan and India over this issue. Years of political instability and conflict have taken their toll on the communities of Kashmir.

This brings us to the current crisis in Kashmir.

After Partition, India-administered Kashmir was given special status, guaranteeing them independence over almost all of their affairs. This special status was outlined in Article 370 of the Indian constitution. It was abrogated by the Indian government in August 2019 (Source: BBC).

Mass curfew restrictions and a communications blackout were imposed across the region. Markets and roads were closed, which had a knock-on effect on the economy, with the price of food, transport and rent skyrocketing. Moreover, hundreds of political leaders and activities were detained during this time.

A year on, this crisis has been re-labelled as a coronavirus lockdown, but the communications blackout is still in place, and there is no sign of curfew restrictions being lifted. There is no Internet other than 2G service. Hospitals are not fully functional, despite the ongoing pandemic, and schools have been closed for one year. An estimated half a million people have lost their jobs, with offices and companies shut down, manual labour forbidden and no daily wages.

Unfortunately, this means that many people within India-administered Kashmir are reliant on humanitarian aid, since their livelihoods and income have been severely impacted, they are restricted in their movement, and there are food and medicine shortages within the region.

Our partners on the ground have been providing emergency aid to vulnerable families since the crisis began. This includes food parcels, medical packs and running ambulance services. Find out more about the crisis and how you can help. 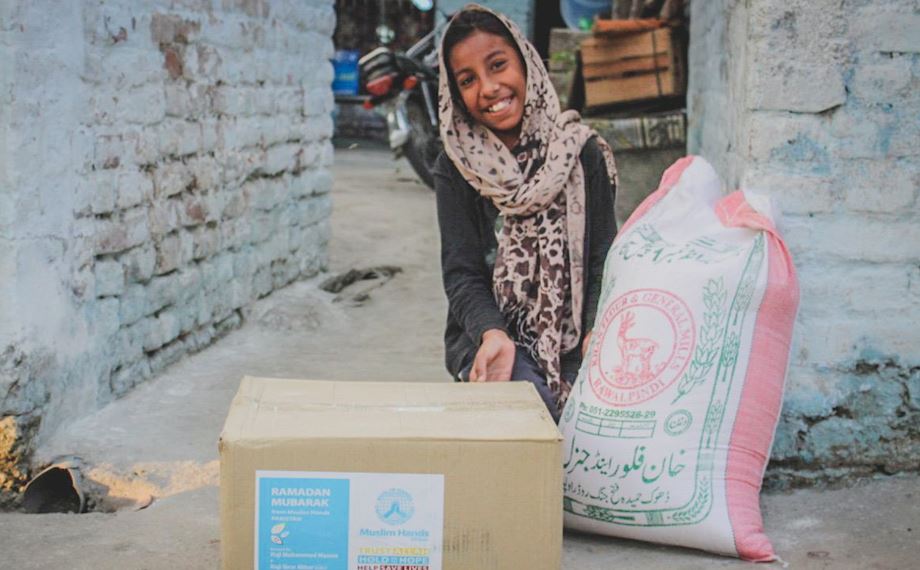 Previous Article Press Release: One Year of Curfew in Kashmir