Severe drought, flooding and violent conflict has created a food crisis in parts of Africa, the like of which has not been seen in 30 years. Now, families like Adunia's are on the brink of starvation.

88-year-old Adunia Uladi lives with her daughter and four grandchildren in poverty-stricken Kawinga village in Malawi. After two years of severe drought, Adunia along with many others in the country, is already feeling the effects of the worst food crisis to hit parts of East and South Africa in 30 years.

Adunia’s age means she is no longer able to work so she depends on her 55-year-old daughter Edina to provide for her and her grandchildren. This year, the harvest yielded hardly any crops. Now, the family are at risk of starvation. They will have to resort to eating ripe mangoes in the morning and cooked mangoes in the afternoon. Due to the high levels of sugar and fibre, the mangoes can be dangerous if eaten excessively.

Food is not the only thing Adunia worries about. Her home, which is thatched with grass and thin plastic is in very poor condition, and will not protect her and her family when the rains finally come. The tattered roof is not strong enough to keep the water out and there is a danger of illness spreading through the house as insects breed in the cracked walls.

But what can Adunia do about this when she is struggling to feed her grandchildren?

When asked if she has a message for the Muslim hands donors Adunia’s only answer is a plea for food, ‘We desperately need food. Even if somebody builds a good house for me today, I still have no food to eat’ she says. 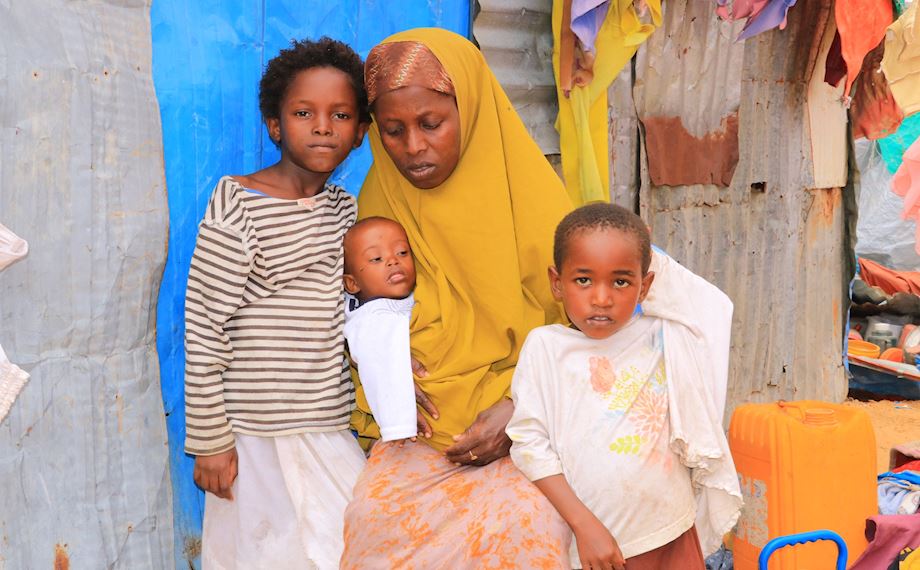 Previous Article 'I Watered Them With My Blood, Sweat and Tears'

Next Article The Long Road to Reach Her Dream