UK charity Muslim Hands has pledged £180,000 to build 150 sturdy brick houses in Idlib. The homes will accommodate displaced Syrian families who currently live-in makeshift shelters or out in the open. The huge project, which is the first of its kind, involves the partnership of other charitable organisations with the overall aim of building a total of 50,000 houses on 100 acres of land, in the Syrian safe zone near the Turkish border.

The entire housing project is under the supervision of the Disaster Management Authority of Turkey whose long-term goal is to construct an entire residential complex, including schools, medical facilities, roads, and sewage systems. Each home will cost £1,200 and will cover 38 square metres of space, consisting of two main rooms, a kitchen, a washroom and a small yard. All homes will come fully furnished and the hope is that families can start moving in over the next couple months.

Mohamed recently fled to Idlib with his six children. They are living in a bombed-out building with no doors or windows and water leaking through the roof. Though it provides some shelter from the freezing cold and protection from outside dangers, Mohamed is longing for stability for his family. The brick homes in Idlib will serve families like Mohamed, giving them a safe and secure base from which to rebuild their lives.

At least one million Syrians have fled since December 2019, their homes destroyed because of ongoing violence and airstrikes. 80% of those displaced are women and children seeking refuge in existing IDP camps in Idlib, such as Zakia who is a widow and is now solely responsible for seven orphans. This winter, torrential rains have caused extreme flooding which has destroyed thousands of tents. Two deaths linked to the harsh weather have been reported in the camps, but it is feared that there have been many more.

'The Syrian Housing Project is not only about alleviating hardship, but about completely transforming lives. To visit one of the IDP camps in Idlib for just half-an-hour is extremely difficult. The living situation is desperate, the cold is biting and overcrowding puts the families at risk of all kinds of dangers. We are determined to meet our pledge of 150 homes, and if possible, more. It is not acceptable in today’s world for anyone to be living without a safe, warm space to call home. We urge our donors to come forward and support this project which is a lifeline and a symbol of hope to so many Syrian families'. Yasrab Shah, Muslim Hands Fundraising Director. 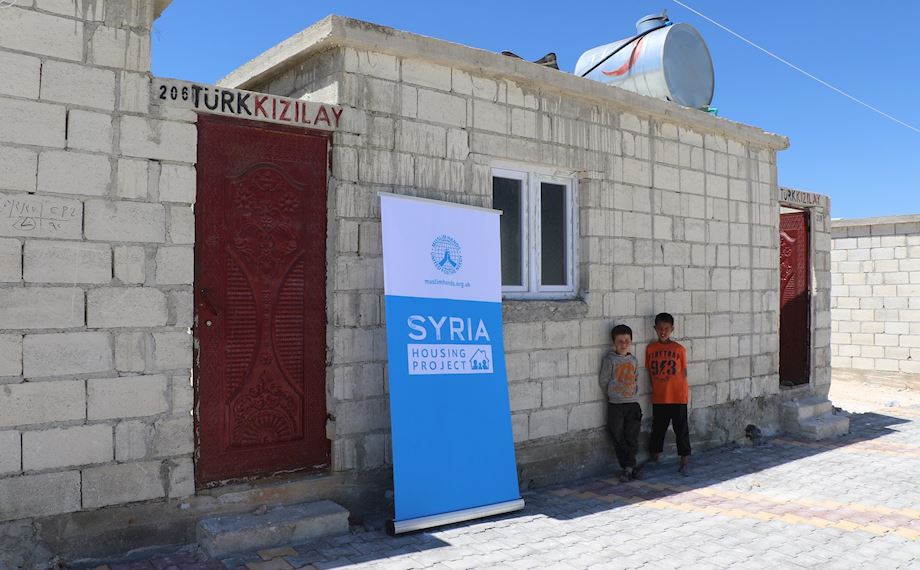 Next Article The Benefits and Virtues of Rajab, the Month of Allah