'He [saw] certainly saw some of his Lord’s greatest signs'.

What is the Mi'raj?

You can read our blog post on the first half of the Prophet's miraculous night journey here.

We now turn our attention to the miraculous Ascension – Al-Mi'raj of the Prophet (saw). The word Al-Mi'raj is a noun of instrument in Arabic morphology, which literally means ‘an instrument you use to ascend’. The question is what did this divine instrument or ladder look like?

Let us mention a couple of descriptions we have for it from reliable Islamic sources:

The Prophet (saw), 'saw the wide-eyed maidens of Paradise at the left of the Rock [at the Dome of the Rock Masjid]. He greeted them and they returned his greeting. Then he asked them something and they replied with an answer that cools the eyes. Then the Prophet (saw) was brought the ladder by which the spirits of the children of Adam (as) ascend. Creation never saw a more beautiful object. It had alternate stairs of silver and gold and came down from the Highest and Amplest Garden of Paradise, Jannat al-Firdaws. It was encrusted with pearls and surrounded with angels on its right and left'. [The Prophet’s Night Journey and Heavenly Ascent by Sayyid Muhammad ibn Alawi al-Maliki]

The Messenger of Allah (saw) also said that, 'a ladder was brought to me finer than any I have ever seen. It was that to which the dying man looks when death approaches'. [The Life of Muhammad (saw) Ibn Ishaq]

Now let’s see what happened when the Prophet (saw) accompanied by Jibril (as) ascended into the layers of sky.

Allah ascended the Prophet (saw) from the Dome of the Rock through the skies, where he not only saw many miraculous sights and numerous angels, he also met the past Prophets (as). Along the way, he (saw) was greeted with excitement and delight, as his arrival had been much-anticipated.

It is hard to imagine how he (saw) must have felt upon meeting his brothers (as), all of whom had gone through trials and difficulties, as they met him with the warmth and love his own tribe had isolated him from. He was greeted with the words, 'Welcome O pious Prophet and pious brother!' (Bukhari). (Adam (as) and Ibrahim (as), however, welcomed him as a 'pious son').

The Messenger of Allah (saw) said: 'Then he ascended with us to the heaven [first layer of the sky and end of the known universe]. Jibril [as] then asked the (gate of heaven) to be opened (by knocking on one of its doors). [Bukhari]

And it (the door of the heaven) was opened for us and suddenly I was with (the Prophet) Adam [as]. Then he welcomed me and supplicated for good for me'. [Muslim]

(In other narrations it mentioned the angelic gatekeepers rejoiced at the arrival of the beloved Prophet (saw) and proclaimed, 'Welcome unto him! What an amazing arrival has come!' [Muslim] and 'He is most welcome and amongst family!' [Bukhari]).

In other narrations we gain more details of the meeting of the Prophet (saw) and the Prophet Adam (as):

'There we saw a man sitting with some people on his right and some on his left. When he looked towards his right, he laughed and when he looked toward his left he wept. Then he said, "Welcome O pious Prophet and pious son!" (or in another narration, "Welcome you are amongst family, O my son! What an amazing son you are!" [Bukhari]).

The Second to Sixth Sky

Then the Prophet (saw) continued to ascend the layers of sky with Jibril (as). Again, permission was sought to enter, and the angelic guards were delighted and welcomed the Messenger of Allah (saw).

At the second sky, he met the maternal cousins, the Prophets Isa (as) and Yahya (as).

At the third sky, the Prophet (saw) met the Prophet Yusuf (as) whom he described as having 'been given half of (world) beauty' [Muslim]. The Messenger of Allah (saw) had himself been blessed with all beauty, ma sha' Allah!

At the fourth sky, the Prophet (saw) met the Prophet Idris (as) whose soul was taken there, and he is praised in the Qur’an: 'We raised him to a lofty position'. [The Noble Qur’an, 19:57]

Some narrations mention that Musa (as) was seen crying and a voice was heard saying, 'What makes you cry?' He said, 'My Lord, this is a young man whom You have sent after me (as a Prophet) and his Ummah will enter Paradise in greater numbers than my Ummah'. [Muslim]

At each one of these levels, these Prophets (as) welcomed the Prophet (saw) and supplicated good for him saying, 'Welcome O pious Prophet and pious brother!' [Bukhari]

At the seventh sky, the Prophet (saw) met his greatest ancestor, the Prophet Ibrahim (as) who was 'reclining his back against al-Bait al-Ma‘mur. And there enter into it seventy thousand angels every day, never to return to it (again)'. [Muslim]

(Bait al-Ma'mur literally means 'the much-visited House'. It is the heavenly Ka‘bah directly above the one on earth).

In another narration, Ibrahim (as) conveyed his salaams to the Ummah of the Prophet (saw) and advised us that, 'Paradise has pure soil and delicious water, and that it is a flat treeless plain, and that its seeds are (saying), SubhanAllah (Glory be to Allah), Alhamdulillah (All praise belongs to Allah), La ilaaha ill-Allah (There is no god but Allah), and Allahu Akbar (Allah is the Greatest)'. [Tirmidhi]

The Prophet (saw) carried on his journey, reaching the Furthest Lote Tree. The Arabic word for this is Sidrah al-Muntaha [The Noble Qur’an, 53:14]. The Prophet (saw) described this vast tree in great detail!

At the end of this journey, the Prophet (saw) was brought into the Divine Presence, the ultimate source of strength and relief. It is impossible to imagine the beauty of this scene, or how loved, honoured and humbled the Prophet (saw) must have felt.

We do not know a great about what was privately discussed between Allah and His beloved (saw), with Allah simply stating, 'Then Allah revealed to His servant [saw] what He revealed'. [The Noble Qur’an, 53:10].

The Prophet (saw) mentioned, 'Then Allah revealed to me what he revealed to me and then He made obligatory for me fifty prayers every day and night'. [Muslim]

It was here that Allah gave this Ummah the gift of compulsory Salah, a daily source of strength to Muslims because it gives us the opportunity to communicate with Allah and draw closer to Him - it is the believer's ascension! We know through the Prophet Musa’s (as) intervention and advice that fifty prayers were eventually reduced to five, but still rewarded as fifty, subhanAllah!

As we approach the anniversary of Al-Isra’ wal-Mi‘raj, let us take the time to deeply appreciate the gift of Salah and increase our voluntary prayers and night prayers.

Finally, the Prophet (saw) was taken back down to the Blessed Masjid Al-Aqsa and returned to Makkah on the Buraq.

As he was transported home, he saw various caravans heading towards Makkah, which he would later describe to the Quraish as proof that he really had made this miraculous journey. Allah even displayed Bait al-Maqdis to the Prophet (saw), while the Quraish were cross-examining him in the Hijr of the Ka‘bah [Bukhari]. The entire journey had taken place in a small portion of a night, and there were many who would mock the Prophet (saw) for making such a claim.

For the Muslims, however, the story was a source of wonder and hope, as it continues to be for us today. On this night, the best of creation (saw) was given the honour of travelling to various blessed places on earth, then ascending the levels of sky and being finally welcomed into the Divine Presence! All this to honour the beloved Prophet (saw) and 'to show him some of Our signs!' [The Noble Qur’an, 17:1] 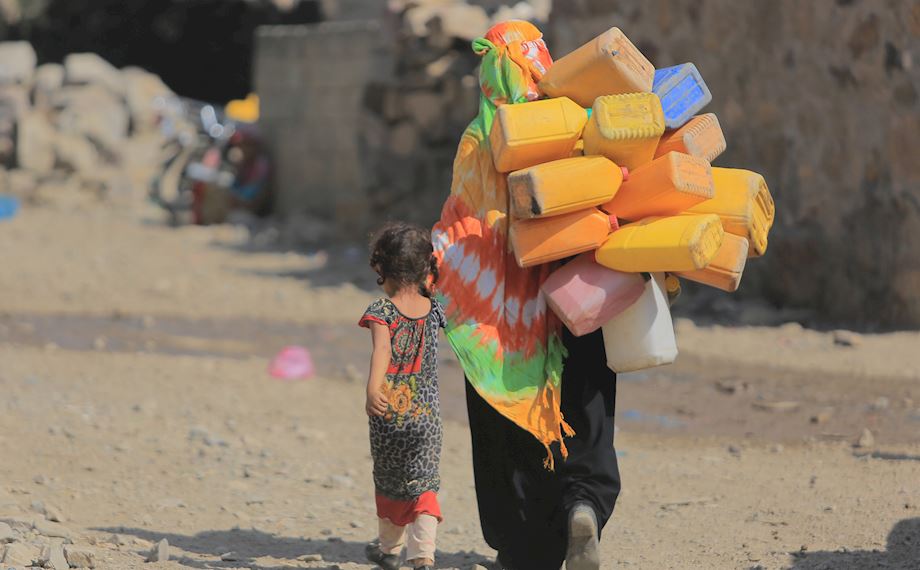 Next Article NEW Series with TV One: The Miraculous Night Journey!