Every Monday in Ramadan 2021, we'll be sharing a Story of Hope from the Qur'an and Sunnah with you. Follow us on social media or subscribe to our email newsletter (enter your email on the left) to receive these inspirational stories straight to your inbox!

Our third Story of Hope is about Halimah (ra), the foster mother of our Prophet (saw), who received immense blessings after taking in a blessed orphan.

It was the custom for the people of Makkah to send their babies to the Bedouin tribes in the desert at least until they were weaned. This would not only keep the babies safe from the epidemics which sometimes occurred in the towns, it would also ensure they grew up healthy in body and mind. They would learn pure Arabic and be raised among nomads before returning to their families.

Halimah (ra) was from the Bedouin tribe of Bani Sa'd and she travelled with her family to Makkah in the year the Prophet (saw) was to be sent into the desert to be fostered. It was a difficult journey for her. It had been a year of drought and her she-camel had no milk on that long journey; moreover, she was carrying her new-born son, who cried the whole night because Halimah (ra) could not feed him. Meanwhile, the donkey she was riding was so weak that they often kept the others waiting as they travelled to Makkah.

The tribe of Bani Sa'd had a high reputation for nursing and rearing children, so the Prophet's noble mother, Aminah, was hoping one of their women would foster him. When they arrived in Makkah, she offered the Prophet (saw) to their women, but they all declined. He (saw) had no father, so it didn't make sense for them to foster him!

On the other hand, even after all the women had collected other foster children, Halimah (ra) still had no baby. She and her husband were poorer than their companions, so no one had entrusted their child to them. At the end of the day, a poor woman did not have a child to take back - and an orphaned child did not have a woman to foster him…

As they were about to leave Makkah, Halimah (ra) said to her husband, 'I shall go to that orphan and take him (back)'. Her husband agreed with this decision, saying, 'Perhaps Allah will bless us because of him'.

Halimah's decision to take in a fatherless child - despite being in desperate need herself - changed her life forever.

SubhanAllah, Halimah (ra) began to experience blessings as soon as her family left Makkah! According to Ibn Ishaq:

As they rode home, Halimah's donkey was suddenly filled with strength and life. She outstripped the rest of the caravan and they were completely shocked - was this the same donkey she had travelled to Makkah on?

Right from the start, Halimah (ra) and her tribe could clearly see the impact of her fostering an orphan whom no one else had accepted…

Halimah (ra) said, 'We reached our tents in the Bani Sa'd country, and I know of no place on Allah's earth more barren than that then was. But after we brought him to live with us, my flock would come home to me replete every evening and full of milk. We milked them and drank, when others had no drop of milk; and our neighbours would say to their shepherds, 'Go graze your flocks where he grazes his' - meaning my shepherd. Yet still their flocks came hungry home, yielding no milk, while mine came well fed, with milk in plenty; and we continued to enjoy this increase and this bounty from Allah until the baby's two years had passed, and I weaned him'. [Ibn Ishaq]

SubhanAllah, when she first met the Prophet (saw), Halimah (ra) was hesitant to take him in. How could she care for an orphan when she was so poor herself? But Allah blessed her abundantly during the two years she raised him and, when she went back to Makkah, she asked Aminah to entrust him to her once more. 'Leave my little son with me until he grows stronger', she said. So the Prophet (saw) stayed with Halimah (ra) until he was around three years old.

4. Lessons from the story of Halimah (ra)

Even though Halimah (ra) was in a difficult situation herself, she decided to foster an orphan and her husband specifically said, 'Perhaps Allah will bless us because of him'. Remember, they had no idea that they were bringing the best of creation into their homes - they simply hoped that they would be rewarded for their care towards a vulnerable child.

This is because there is barakah in giving even a small amount of what you have to someone else. Whether you are sharing a single meal or sponsoring an orphan for a whole year, you are giving hope, and Allah will multiply whatever you've given many times over.

There are many ahadith which encourage helping out others when we are seeking Allah's blessings:

And of course, Allah also said, 'Spend (in charity, O child of Adam - and I will spend on you'. [Bukhari]

Therefore, no matter how difficult our own situation is, we can always reach out to help others. And in giving them hope, we will also be giving ourselves hope, as we wait for Allah's blessings to find us.

As we can see from the story of Halimah (ra), we can gain an incredible amount of blessings by sponsoring and taking care of orphans. With this single good deed, Allah will bless our wealth and our homes, invite us into Jannah through the Gate of Joy and place us next to the Prophet (saw), the best of creation!

An orphan sponsor is thus granted an amazing amount of happiness in this world and the next - and we urge you not to miss out!

We pray Allah showers you with blessings and multiplies everything that you give for His sake - just as He blessed Halimah (ra)! And we pray that you reap the Sadaqah Jariyah rewards of supporting orphans for years to come, amin!

Muslim Hands is an award-winning charity, established in 1993 to help those needing emergency relief and tackling the root causes of poverty. If you enjoyed this article, check out our Stories of Hope Gift Pack - it's the perfect gift to inspire your child this Ramadan! 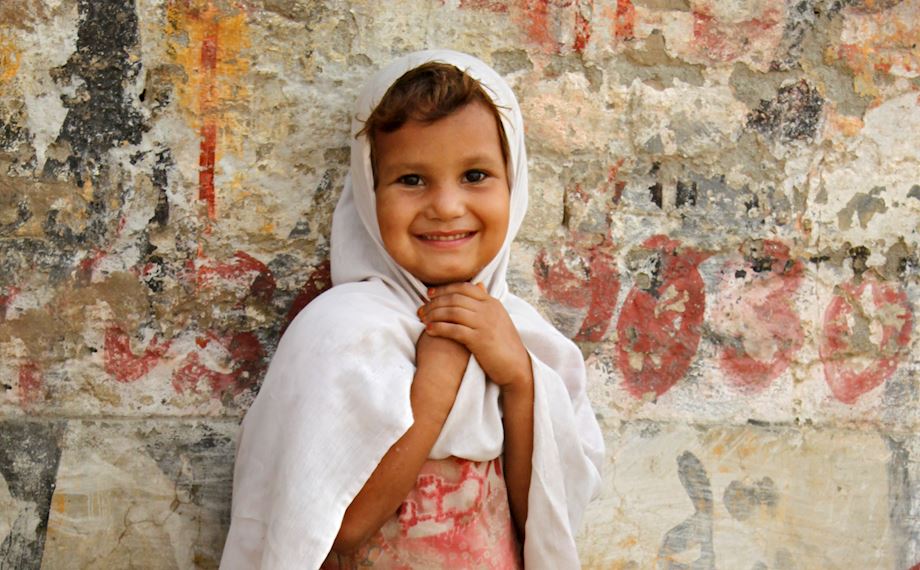 Next Article Razia's Story of Hope