Masjids have always been intrinsic to Muslim communities across the globe.

In fact, one of the first tasks of the Prophet (saw) after his Hijrah (Emigration) was to build two masjids. He (saw) stayed for a few days in Quba, where he laid the foundations of the first masjid. Later, he and Abu Bakr (ra) proceeded to Madinah, where the Prophet (saw) and the Sahabah (ra) together built the famous Masjid an-Nabi.

Today, it is recognisable by its beautiful green dome, which inspires feelings of love, joy and peace!

The fact that the Prophet (saw) built this masjid almost as soon as he entered Madinah shows the importance of having a place in the community where people can worship.

To this day, there are so many generous Muslims who build masjids across the world. Before we list five of the amazing rewards this action carries, we'd like to illustrate the impact of this action - by sharing a story from Bangladesh with you.

The Impact of Building a Masjid

In November 2020, a generous donor built a masjid in the Jhikorwala Village in Bangladesh. 120 people are benefitting from this amazing gesture, ma sha Allah!

Before this masjid was built, the people of the village were relying on an old 'tin shed' masjid, made from bamboo and other local materials. They could not afford to make essential repairs to this building, despite it being too old to use. Many of them are daily labourers, working by cultivating the paddy fields and farming fish.

Amidst the struggle to make a living, building a new masjid was beyond their imagination.

SubhanAllah, the people of Jhikorwala Village have now been using their beautiful new masjid for an entire year!

That's an entire year of praying five times a day, standing together to worship Allah (swt) in a comfortable and safe environment. An entire year of waking up on blessed Fridays and reaping the rewards of Jumu'ah prayer.

They have spent Ramadan praying Tarawih and gathered here on two Eids, in their best clothes and brightest smiles, to supplicate and thank our Lord.

They have met here as a community and taught their children Qur'an and the beautiful teachings of Islam.

The masjid in Jhikorwala Village has thus had an immense impact.

Although not all of us are capable of building an entire masjid, just like the Sahabah (ra), we can contribute towards the group effort of building a masjid.

When Masjid an-Nabi was built, some people pulled up weeds from the ground and cleared rubbish, some levelled the ground and others carried bricks and stones (including the Prophet (saw), ma sha Allah!). Some Sahabah (ra) laid the foundations while others lifted the pillars of the masjid.

And every single person was valuable in this blessed effort. No action was too small, because they all contributed towards the big picture.

And in the same way, your seemingly 'small' donation towards building a masjid is not small at all! Because without you, we wouldn't be able to make a permanent building for a remote community to worship Allah.

So without further ado, here are five of the blessings we can reap from giving towards building a masjid.

SubhanAllah, Masjid Quba and Masjid an-Nabi have lasted for centuries now - and we hope the masjid in Jhikorwala Village serves people for many generations as well!

The Messenger of Allah (saw) said, 'When a person dies, his deeds come to an end except for three: Sadaqah Jariyah (a continuous charity), or knowledge from which benefit is gained, or a righteous child who prays for him'. [Muslim]

Contributing towards building a masjid is a Sadaqah Jariyah - a charity which you will continue to reap rewards from for as long as people use it!

You will be gaining reward for all the du'as, salah and Qur'an recitation which takes place within its walls, as well as for all the dhikr people recite as they walk to prayer and the daily wudu they make in preparation, subhanAllah!

2. Masjids are the most beloved places

Giving towards a masjid is a truly special Sadaqah Jariyah because Allah loves masjids above other places!

The Messenger of Allah (saw) said, 'The most beloved of places to Allah are the masjids…' [Muslim]

SubhanAllah, imagine being a part of creating a new beloved space for Allah on Earth! Your masjid could be built in a remote community which would otherwise have no opportunity to worship in a masjid - yet you would be bringing this special place right to their doorstep.

3. Give people opportunities to delight Allah

The Prophet (saw) said, 'A Muslim man does not settle into the mosque for prayer and remembrance but that Allah is delighted for him, just as a family is delighted when their absent return to them'. [Ibn Majah]

In communities without a proper masjid, people often pray out in the open, regardless of the rain or the blistering heat. Or they pray in an old, unsuitable building, which may even be unsafe. Without a comfortable and safe environment, they cannot truly 'settle into the mosque for prayer and remembrance'.

But you can give them the opportunity to do so - and thereby delight Allah!

4. Gain a house in Jannah

And Allah will reward you with the best of rewards for delighting Him, in sha Allah:

Ma sha Allah, you may have given 'only' £5 or £10 towards building a masjid, but an entire house in Jannah was contained within your generous donation! This is because…

5. You are giving to a meadow of Paradise

We mentioned earlier that masjids are the most beloved places on Earth to Allah. But did you know that the Prophet (saw) literally compared them to a place in Jannah?

Abu Hurairah (ra) reported: The Messenger of Allah (saw) said, 'When you pass by the meadows of Paradise, graze as you like'.

I said, 'O Messenger of Allah, what are the meadows of Paradise?' The Prophet said, 'The mosques'.

I said, 'O Messenger of Allah, what is its grazing?' The Prophet said, 'To declare the glory of Allah, the praise of Allah, the greatness of Allah, and that there is no God but Allah'. [Tirmidhi]

SubhanAllah, there are so many blessings contained within your donation towards a masjid! Meadows of Paradise, a house in Jannah, a beloved space which delights Allah - and years upon years of Sadaqah Jariyah rewards.

You could reap all these blessings in just a few clicks!

Don't miss out - give any amount towards building a brand-new masjid today! We pray that it benefits people every single day, just like the masjid in Jhikorwala Village, and that you are remembered in hundreds of du'as, amin!

(PS: Want to give more? You can build a whole masjid by clicking here).

Muslim Hands is an award-winning charity, established in 1993 to help those needing emergency relief and tackling the root causes of poverty. We hope this article was useful to you! Please do share with friends and family, as the Prophet (saw) said, 'Whoever guides someone to goodness will have a reward like one who did it'. [Muslim] 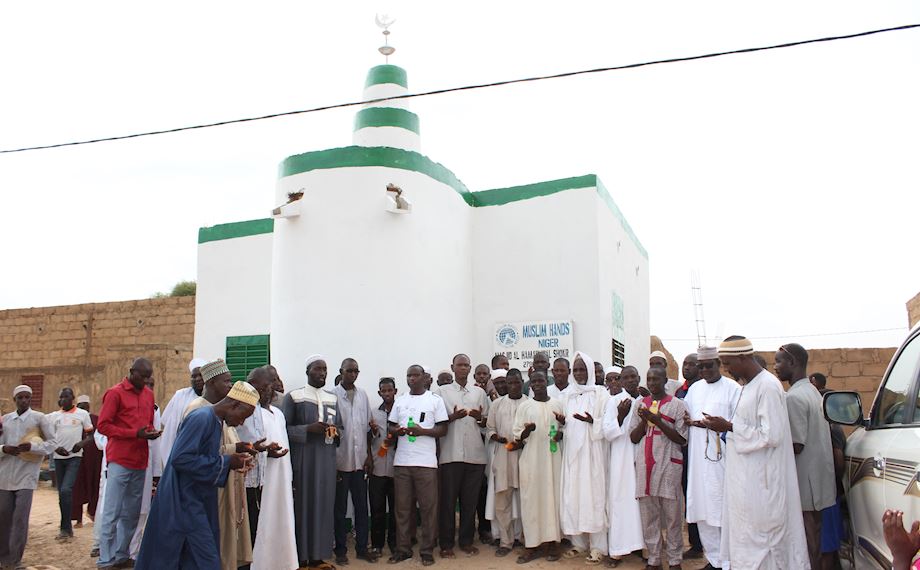 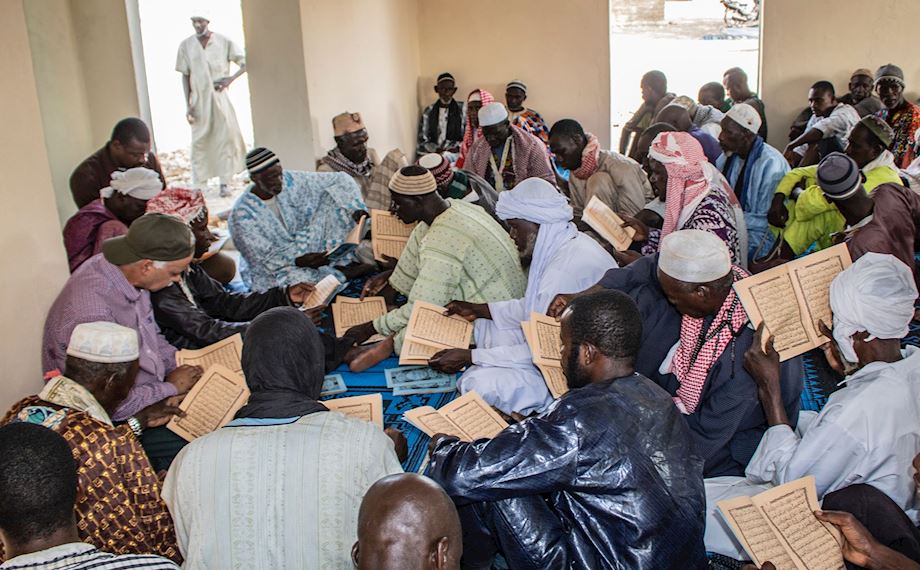 Previous Article Episode 6: The Blessed Birth of the Prophet (saw)

Next Article How Were Your Donations Spent in 2020?